The process of oil production that consists of the ascension of fluids from the well to the platform is called elevation. The elevation can be natural or artificial. The natural elevation is the process that uses the energy from the reservoir to flow the fluids to the platform. Artificial elevation, on the other hand, consists of the process that uses an external energy source, additional to the reservoir energy. Submerged Centrifugal Pumping (BCS) is one of the main artificial lifting methods used in oil production. This method is characterized by high production flow rates, installation flexibility and consists of using a multistage centrifugal pump to supply energy to the oil and lift it to the production facilities. However, some operating conditions are averse to the application of BCSs, such as fluid viscosity. Its application in heavy oil fields or with high fractions of water, in which the formation of emulsions can occur, are examples of the operation with fluids of high viscosity.

The emulsion is characterized by the presence of a dispersed fluid (dispersed phase) in another (continuous phase). The high shear and turbulence generated by the pump can promote the mixing of the phases in small drops, producing emulsions, which can be of the type oil in water (O/W) or water in oil (W/O). Depending on the dispersed phase fraction and the physical and chemical characteristics of the fluids, there is a phenomenon called continuous phase inversion. This phenomenon promotes operational instabilities in the production of oil-producing fields.

Although the presence of water is a constant in oil production, only recently has there been a greater effort by the scientific community in studies of the influence of the presence of water on phenomena related to oil production. Improving the understanding, from the physical point of view, of multiphase flows in centrifugal pumps is fundamental for the advancement of technologies that can lead to more efficient BCS system designs, aiming at the reduction of operating costs and the emission of CO2 per barrel produced.

The knowledge area dedicated to ensuring that the oil production process takes place in a safe and optimized manner is known as Flow Assurance. With a focus on fluid analysis related to thermal and hydraulic threats and their mitigation using equipment, chemicals and procedures, the Flow Assurance is one of the most important technical areas for marine oil production.

The injection of chemicals, such as demulsifiers, paraffin inhibitors, hydrates and inorganic precipitates, into the production system can prevent or remedy flow guarantee problems. These chemicals often in contact with other production fluids can become unstable and precipitate, causing the clogging of injection line valves, affecting oil production.

Another important point in the flow assurance area is the deposition of paraffin in ducts. Pre-salt oils contain significant amounts of saturated hydrocarbons, which are deposited on the walls of the pipeline when thermal exchange occurs, and the temperature of the appearance of crystals (TIAC) ​​is reached. In the literature, several mechanisms are proposed to study and understand the phenomenon, but some questions remain open. The paraffin deposition problem causes major losses in oil production, which may result in a decrease in production until the total stop.

The proposal for Line of Research 2 is divided into six research subprojects (SP), each with its corresponding team (teachers, researchers, students, technicians and others). They are: 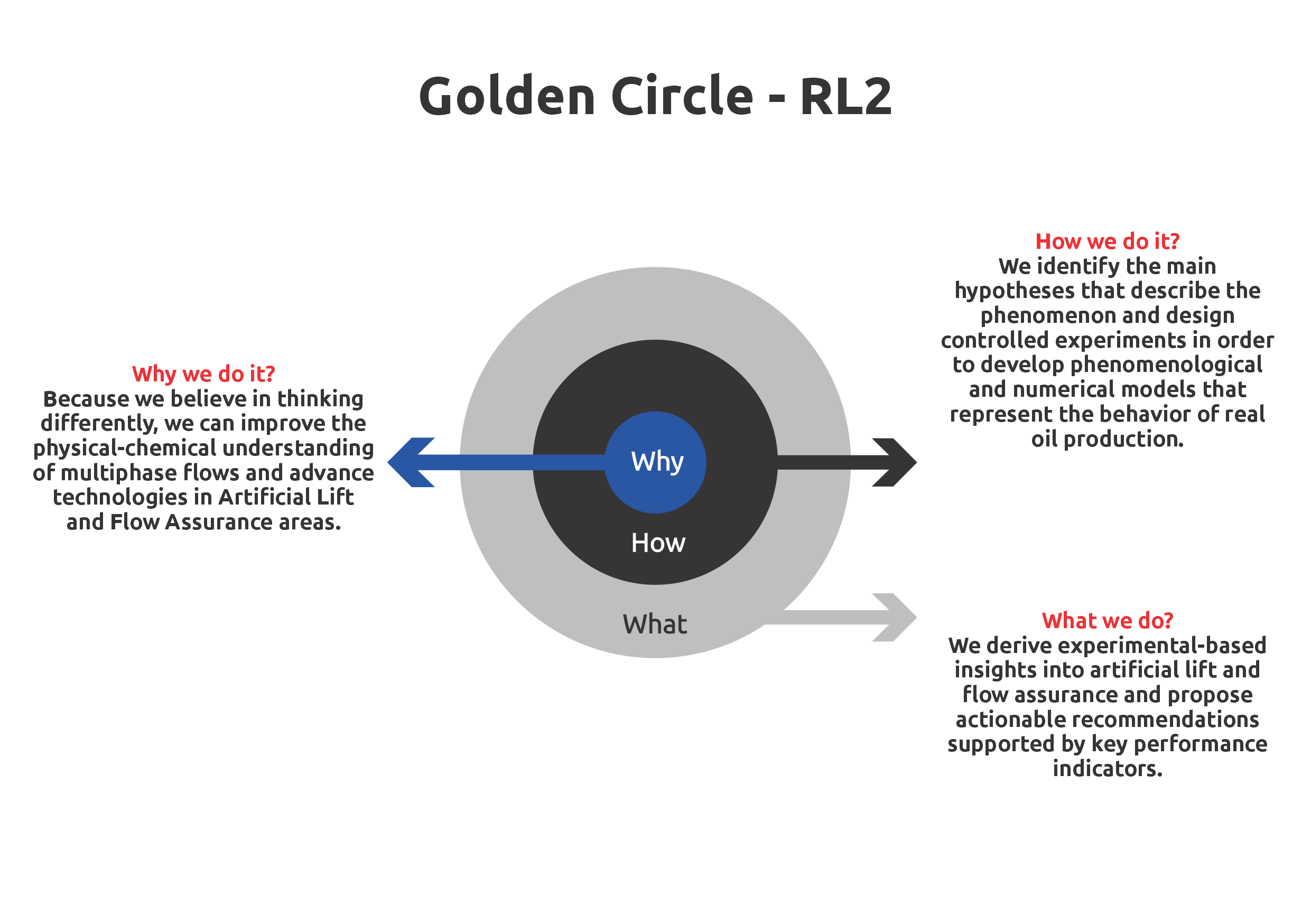 We believe that by thinking differently, we can improve the physical understanding of multiphase flows and advance technologies in the areas of Artificial Lift and Flow Assurance.

We identified the main hypotheses that describe the phenomena and designed controlled experiments to develop phenomenological and numerical models that represent the behaviour of real oil production.

What do we do?

We derive analyzes and understandings based on experiments on Artificial Lift and Flow Assurance and propose practical recommendations supported by key performance indicators.

Geological Characterization and Modeling of a Carbonate Reservoir from the Brazilian Pre-salt.